[Own Your Life] Sweet Energy of Synergy

Synergy in its sweetest form feels cooperative, collaborative, validating, respectful, considerate, accommodating and productive.  You know the feeling.  It feels good.  It feels like you and every one else is in an easy flow.

On the other hand discord, which is the opposite of synergy, feels discombobulating and disjointed with underlying tone of bias, disapproval, disappointment, limitation, judgment, skepticism, condemnation, superiority, fear, martyr, victim mindset and most certainly can be seen, felt and heard!

How does the energy of synergy happen for you?

However you experience the energy of synergy is an indicator as to whether you are a predominantly a visual, auditory or kinesthetic learner.

How often do you feel drained after you’ve been with a person who is complaining or negative about things?

In the weeks ahead I’m excited to share with you what intereconnectedness is and how you can be in a field of negativity and no longer feel powerless.

Let’s start at the beginning…

Today we will look at what I like to call “user friendly” Quantum Field Theory Interconnectedness and how everybody can relate to Attitudinal Energy: The Energy of Synergy one way or another so let’s get to it! 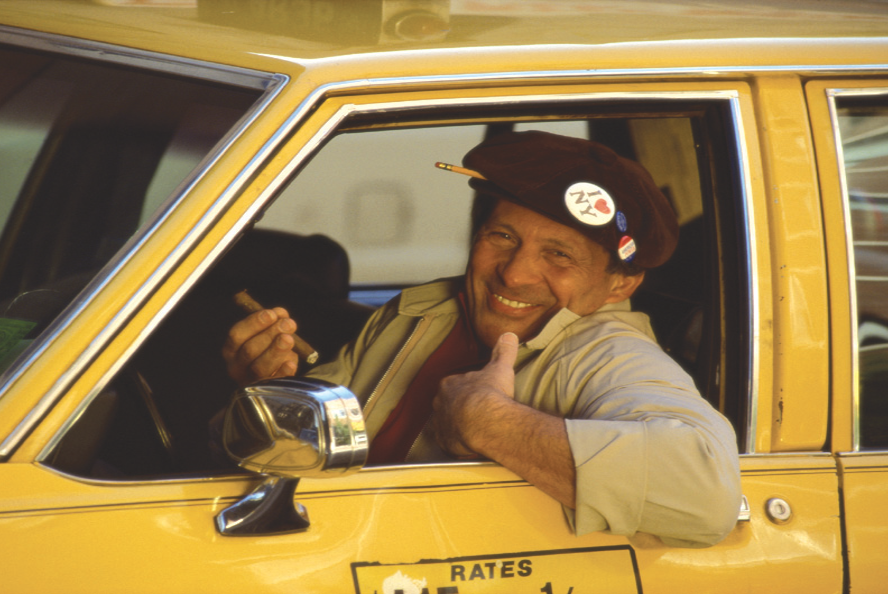 Have you ever been driving along, and get this feeling or sense that somebody is looking at you?  You turn your head and, sure enough, somebody is.

Have you had a thought about somebody, and the phone rings, and it’s them?

Or in a marriage, one person is having an affair, and the partner has a sense of it.

Have you ever met someone who you were instantly very uncomfortable with, for no apparent logical reason.

Have you ever had a sense that your children were doing something they shouldn’t be doing and you feel an urge to check on them and sure enough, they are about to do something that could cause them harm!

Do you have a dog that wakes up from his nap, gets off the couch and goes to the door to wait just moments before a family member arrives home?

Have you ever been on a date with someone you loved, and as you were walking down the street, a pretty woman approaches, and you get this visceral experience and sense that your partner has just mentally sexualized her and then, ever so slyly, slipped back into his body, acting as if he didn’t notice her in the first place!?

Have you ever been on a date and as you were walking down the street, and you get this visceral experience – a gut feeling or your heart dropping  – that he is checking her out. You look over and sure enough he is.

Did you just feel like he has just mentally jumped out of his body, flown over to her, had mental sex with her and then ever so slyly, slipped back into his body, acting as if he didn’t notice her in the first place!?

I call this the mental, emotional act of “sexualizing” it’s real and it’s happening even when you are walking along side of him.  If he is a serious sexualizer in his daily life, you do in fact feel it all the time, smack dab in the middle of your relationship as mental and emotional infidelity.

Do you feel insecure in your relationship with him?  Needy when it’s not like you to be needy?  Then this is worth investigating further.  I cover how destructive serial sexualizing people outside your primary relationship is to one’s emotional health and well being in my Stay Married: Make More Love and Less Conflict Online Course. 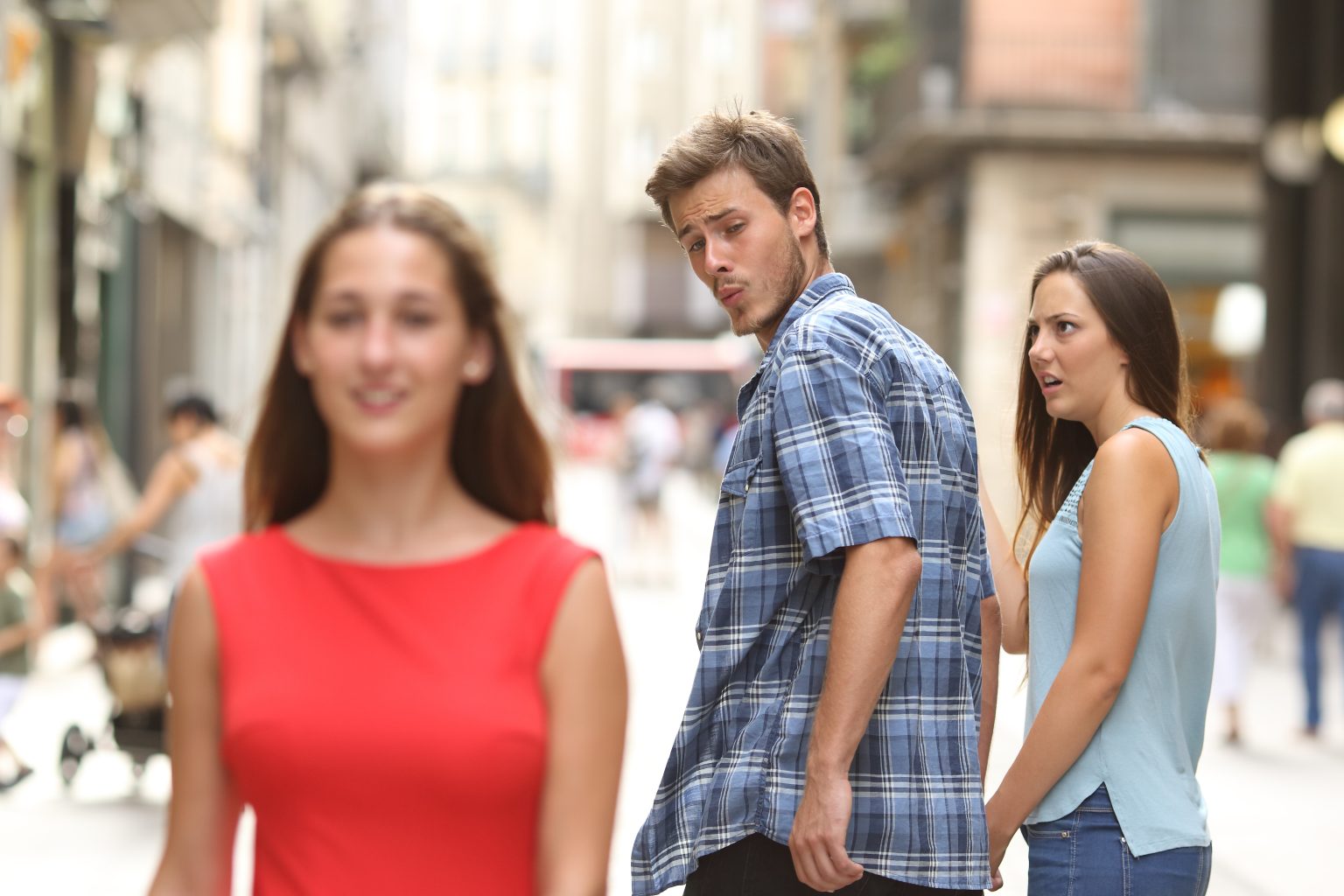 Tuning Into The Experience

We think of these things as extraordinary, but in fact they are very common and available to all of us, all of the time.  Most often, it’s a matter of whether or not we let ourselves tune in to this experience and be aware of it.  Much of what we are already experiencing frightens us, as you can certainly see with the love interest who jumps out of their body mentally with every beautiful woman who walks by as if it’s an entitlement.

There are things we really don’t want to know, but we do, in fact, feel.  We have a hard time feeling safe in relationships when we can intuitively feel our partner’s mental indiscretions.  We are left feeling like we are crazy because we literally can’t prove what we just experienced, except to boldly let it be known that we are in some way psychic.  (And then we risk being called psychotic and jealous!)

In fact, research today reveals that we are all connected (capable of being psychic or intuitive) to whatever degree we allow ourselves to know what we know and feel what we feel.  When we wall off the world of energy, we also wall off our capacity to know ourselves. We refuse to let ourselves own our real personal power and to acknowledge our connection with others on an energy level. 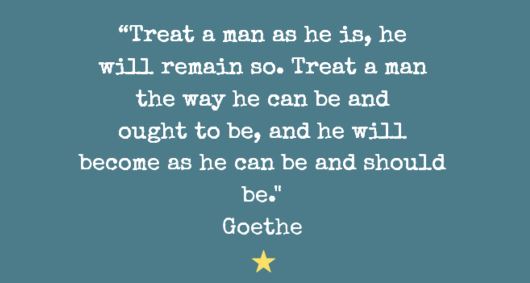 We Teach People How to Treat Us

You see, it’s not just about those closest to us.  It’s about how we treat every person we come in contact with all the way across the board.  In work, in play, in competition, in our most intimate relationships with our spouses and our children, our lovers and friends.

We have not been looking at what the problem really is.  By our conditioning and training we are inadvertently making children, adolescents or the disagreeable adults in our lives: “The Enemy.”

The following research illustrates exactly how an attitude affects physiology, directly and instantly.  These experiments show us exactly how we can change negative attitudinal energy instantly and transform a negative to a positive.  Each one explains, in a visual and concrete way, exactly what is happening energetically.

This information might just start explaining why we are not getting the results we say we want in relationships when we don’t deal with the cause of the problem first: the labels we put on people, and the attitudes that result.  So let’s keep going …

In scientific experiments, physicists have been able to document that particles which originated from a common atomic mass continued to experience a kind of communication with each other that kept them permanently in touch with each other, regardless of distance.

To establish conclusively that communication at a sub-atomic level was instantaneous, physicists split an electron in half and manipulated the spin of one half.  They found that the second half would always spin in the opposite direction from the first one.  If they reversed the direction of spin of one electron, then the spin of the other electron was automatically reversed instantaneously.

Furthermore, they found that the relationship of opposite spin is maintained by both electrons regardless of the distance between the partners.

They even went so far as to separate the two electrons by a distance of half way around the world.  The results were the same.

Scientist were able to reveal that the two split electrons, originating from the same atomic mass, switched direction at exactly the moment that the manipulation of one was initiated!

This illustrates that sub-atomic matter is constantly and consistently reading its environment and communicating instantaneously.

This basic knowledge of electron communication was the impetus for experimenter Clive Baxter, inventor of the lie detector, to further examine the possibilities of energy and distance.

Baxter wanted to prove that we have the power to send energy over a long distance through characteristics that are present in atomic mass, which includes the structure and behavior of electrons.

He set up an experiment in which he scraped cells from the inside of the mouth of an actor and put them in a petri dish.  He then had the actor drive seven miles away to another laboratory so that the experimenters would not know what the actor was doing. 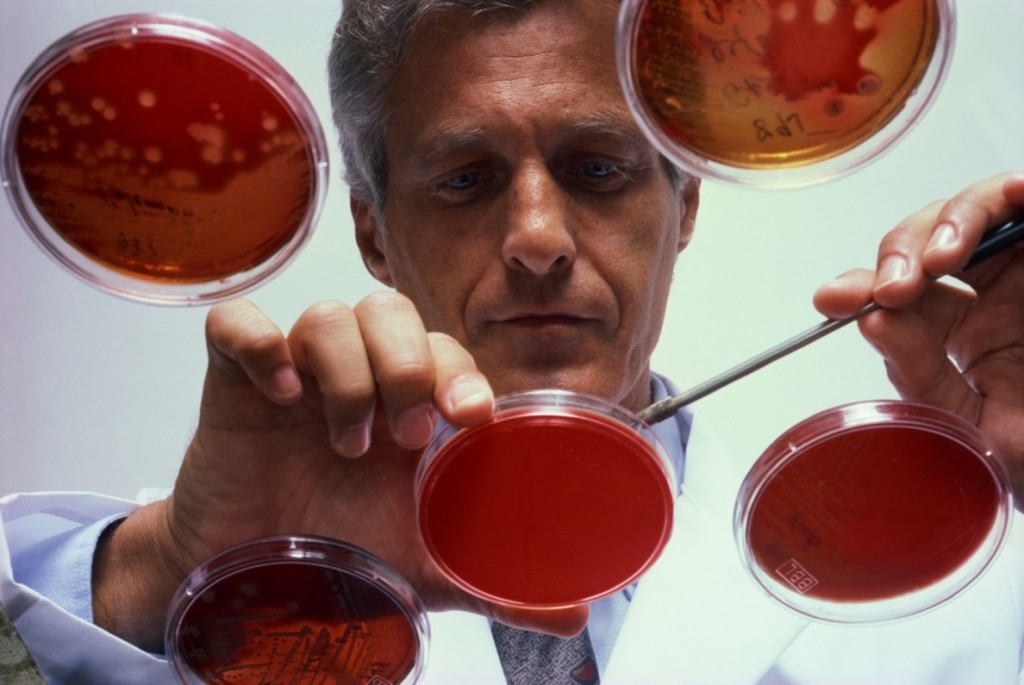 Before the experiment, the cells in the petri dish were showing very little electrical activity.  In fact the electronic survey only registered that there were cells there, and the petri dish was not empty. 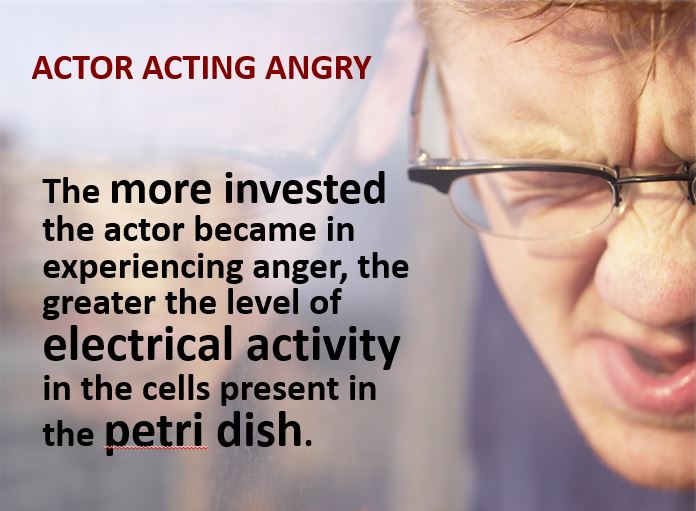 Now let’s look at the two experiments together:

The first experiment suggests we are all part of an incredible and pervasive communication system in which distance is irrelevant.

The second experiment suggests that thoughts have energy that magnetizes electrons, measurable by electrical activity in living cells, again at a distance.

From this we conclude that we can purposely transmit thought-energy over distances instantaneously, like a radio station to a receiver.

If you think this was fascinating just wait until next week when we investigate how our predominant personality style creates our personal reality and most importantly how we can impact that reality in 30 seconds or less! 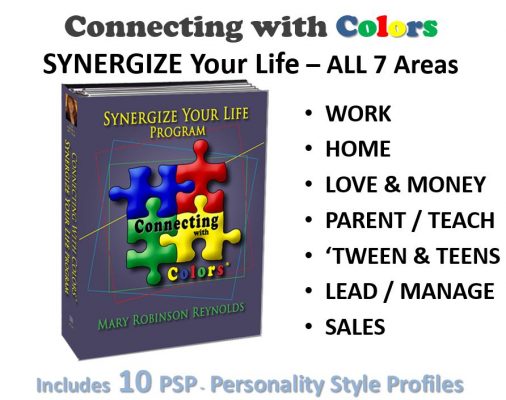 March 8 is International Women’s Day.  Whether you are a woman or man I hope that you will truly enjoy this feel good movie today.This movie is for  e-v-e-r-y  woman who is stepping more fully into her greatness and making a world of difference because of it.

You will want to put your headsets on and turn UP your speakers to enjoy the musical artistry of Faith Rivera‘s song, Women of Today … sit up straight, put your shoulders back, take a deep breath… and feel the wonderful power of being a Woman of Today! 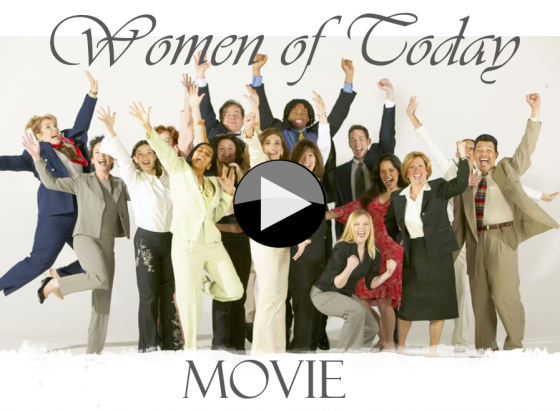 Grab a cup of jo and click here to enJoy today’s video.