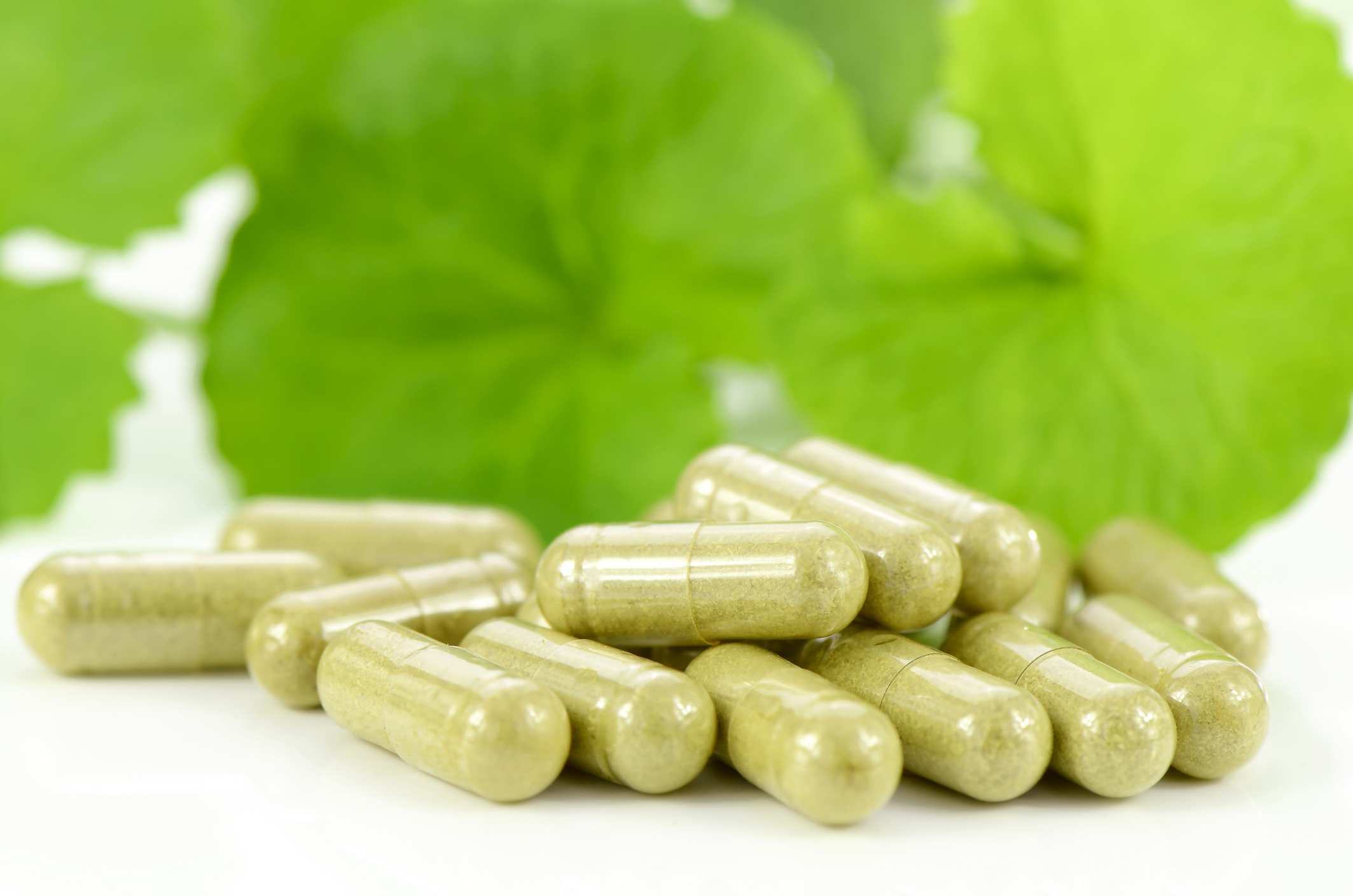 The name, Brahmi, is thought to be derived from “Brahma,” or creator. Since the brain is considered to be the centre of creative activity, the herb which best improves the brain’s functioning was called Brahmi. Traditionally it was used to anoint newborns, in order to improve their intelligence and “‘open the gate of Brahma.’”

This plant is referred to in Sanskrit as Brahmi and in Latin as Bacopa monniera-Folium. It is also known as Jalabrahmi, or “water brahmi.” It is a perennial herb found in wet and marshy regions throughout India. Sebastian Pole described that Brahmi is a water-loving herb that is a “creeping annual that spreads along banks of rivers as creativity and awareness spread throughout us.” Bacopa monniera is the authentic brahmi and is preferred by vaidyas for treatment. Brahmi is often confused with gotu kola, which is also known as brahmi in North India. Gotu kola’s other name is mandukaparni.

The use of Bacopa in Ayurvedic medicine is reported from some sources to date as far back as 3000 BCE 2 and by other sources to approximately the 6th century AD. In the classical Ayurvedic text of Caraka, it is classified as medhya-rasayan (medhya: memory enhancing and rasayan: rejuvenating). Caraka described the efficacy of bacopa in treating old age and age-related diseases, promoting memory and intellect, increasing the life span, providing nourishment and improving clarity of voice, complexion and luster.  In the Susruta-Samhita, it describes that a three week course of bacopa juice will produce photographic memory and a “person can retain hundred words uttered only twice daily.”

Bacopa has been shown to significantly elevate thyroxine levels, thus caution is advised in hyperthyroidism. Brahmi may cause gastrointestinal symptoms in people with:  coeliac disease, fat malabsorption syndrome, vitamins A/D/E/K deficiency, dyspepsia, or pre-existing cholestasias due to it’s high saponin content.  There are no known drug-herb interactions.  However, it is recommended to use caution when combining with antiepileptic and antidepressant medications.

Attention deficit hyperactivity disorder (ADHD) manifests in childhood with symptoms of hyperactivity, impulsivity, and/or inattention. The symptoms affect cognitive, academic, behavioral, emotional, and social functioning.  The reported prevalence of ADHD in children varies from 2 to 18 percent.  The prevalence in school-age children is estimated to be between 8 and 11 percent, making it one of the most common disorders of childhood.  ADHD is more common in boys than girls (male to female ratio 4:1 for hyperactive type and 2:1 for inattentive type).  According to the 2011 National Survey of Children’s Health (NSCH), among those with current ADHD, 69 percent were being treated with medication at the time of the survey.  Children and adolescents with ADHD often have comorbid psychiatric disorders, including oppositional defiant disorder, conduct disorder, depression, anxiety disorder, and learning disabilities.

Estimates for the coexistence of learning disorders and ADHD range from 20 to 60 percent.  Neuropsychologic testing suggests that patients with ADHD have impaired executive functions (processes involved in planning, including abstract reasoning, mental flexibility, working memory) and/or difficulties with response inhibition.19  Medications combined with behavioral/psychologic interventions is the Western medical recommendation for most school-aged children (≥6 years) and adolescents with ADHD. Stimulant medications are first-line agents.  There are many potential side effects of stimulants, including:  decreased appetite, poor growth, dizziness, insomnia/ nightmares, mood lability, rebound, tics, and psychosis.20  Many are seeking alternatives for treatment without the associated side effects of Western medications.

ADHD from an Ayurvedic Perspective:

In Ayurveda, ADHD as an entity is not described.  However, there are some references to abnormal behaviour that can be correlated with ADHD.   The Caraka Samahita refers to the following: vitiation of dhee (rational thinking), dhriti (intellect/ retaining power of the mind), and smriti (memory).  This causes abnormal conduct leading to “improper contact of the senses with their objectives.”  This results in inattention, overactivity, and impulsivity, characteristic of ADHD.

The Kaumarabhrtya is one of the eight branches of Ayurveda, specifically dealing with paediatrics. This text refers to ADHD as a Vata Pitta predominant condition, with various causes, including genetics and environment. “Children are basically alpasatwa (weak mind/ psyche) in nature. In the presence of Suklaartava Dushti (vitiation/pollution of shukra or reproductive channels) or Garbhaja Kaaranas (causes in the womb) supplemented by an appropriate environment favouring vata pitta aggravation, the child becomes prone to a number of clinical conditions, one of which is ADHD.”   Vata symptoms include:  emotional instability, tics/ convulsions, echolalia, talkativeness, aggravated symptoms at the end of digestion, and lean body mass index.  Pitta symptoms include:  prominent anger, disruptive, “upasaya with cool articles,” self-ruining behaviour, increased surface temperature, and discolouration of eye/ sclera/ skin.”

Gupta and Singh describe that there are two subdoshas involved in smriti (memory):  prana vata (controls the brain, the mind, and sensory perception) and sadhaka pitta (controls emotions and their effects on the heart’s functions).  Gupta and Singh propose that since Ayurveda points towards these two subdoshas in the etiology of ADHD, then medhya drugs (nootropic herbs – substances which improve one or more aspects of mental function) and Vata pacifying herbs are the main line of treatment.  This includes nootropic, cognitive, learning aid, and neuroprotective herbs, such as Brahmi, Mandukaparni, Glycyrrhiza glabra, N. jatamansi, Ashwagandha, T cordifolia, and W. somnifera.  After a review of current research, they concluded that Brahmi, Mandukaparni, and Ashwagandha are “proved very potent to control inattention, hyperactivity, impulsivity, and distractibility, though further clinical studies are required to establish it in scientific world.”

III. Review of Research on Brahmi as a Potential Treatment for ADHD and Associated Symptoms:

Research Studies on the Effects of Brahmi/ Bacosides on the Central Nervous System, including Learning/ Cognition:

Brahmi and its constituents, Bacosides, have been found to have central nervous system effects, including increasing learning ability and cognitive skills, in several animal and human studies.

A study on mice using an extract of Bacopa monnieri suggested that it had a stimulant effect on the central nervous system as well as anti-stress and adaptogenic activity.

In one study, maze learning (learning performance) of rats was improved when they were treated with alcoholic extracts of Bacopa monniera.  The active constituents were saponins, bacosides A&B.

In another study, the effects of an alcoholic extract of Bacopa monnieri on newly acquired learning responses (brightness discriminating, condition avoidance, and continuous avoidance) were studied.  On the brightness discrimination task, there was a significant improvement in the treatment group compared to placebo:  they learned faster,  retained more of what they learned, and remembered it longer.  On the condition avoidance task, the treatment group showed a significantly shorter reaction time than controls.  On the continuous avoidance task, the treatment group performed better than controls.  It was concluded that Bacopa can improve the performance of rats in various learning situations.   The chemicals responsible for these effects were identified as a mixture of bacosides A and B.  These substances were found to enhance protein activity and protein synthesis in the hippocampus,  the part of the brain responsible for long-term memory.

In 1987, a single-blind trial was conducted in India, administering Bacopa (1.05 grams/ day for three months of the dried plant, extracted into a syrup form) to 40 children ages 6-8 years. Maze learning, immediate memory and perception, and reaction/performance times all improved. No side-effects were seen.

In another study, 50 normal school age children were split into two groups, with half receiving Bacopa and the other half placebo. At the end of the trial, their attention, concentration, and memory were tested.  Those in the Bacopa treatment group were found to have significantly improved mean reaction time (auditory and visual).

Research Studies on the Effects of a Bacopa Extract:

Studies conducted by the Central Drug Research Institute (CDRI) in India using CDRI 08 have found reductions in hyperactivity and inattention against baseline readings in ADHD diagnosed children.  In one double blind, placebo controlled clinical trial at CDRI, only those children diagnosed as having ADHD were included. The treatment group received CDRI for 12 weeks daily; from the 13th to the 16th week all the children were given placebo only. They were evaluated initially on day 0, and then at 4, 8, 12 weeks of drug administration. The last evaluation was done 4 weeks after stopping the medication, when all children were given placebo only. The tests administered were personal information, mental control, sentence repetition, logical memory, word recall (both meaningful and non-meaningful words), digit span, picture recall, delayed response, and paired associate learning. Significant to highly significant results were obtained on all the parameters after 4–8 weeks.

A double-blind, randomized, placebo controlled trial of 36 children with diagnosed ADHD was conducted over a 16-week period.  Nineteen children received an extract of bacopa standardized to contain 20% bacosides at a dosage of 50 mg twice daily for 12 weeks, and 17 subjects were given a placebo.  Active drug treatment was followed by 4 weeks of placebo and the children were evaluated on numerous cognitive function tests at baseline, 4, 8, 12 and 16 weeks. A significant benefit was observed in the treatment group at 12 weeks, evidenced by improvement in sentence repetition, logical memory and paired associated learning tasks. Evaluation showed that these improvements were maintained at 16 weeks after 4 weeks of placebo administration.

There is growing evidence regarding the use of Brahmi for it’s cognitive and nootropic effects.  Specifically, there is limited but promising evidence that Brahmi is effective in treating the symptoms of ADHD, including in children.  Some studies have included Brahmi in a formula, thus it is difficulty to ascertain the specific impact of Brahmi.  However, studies of Brahmi as a single herb also suggest efficacy for ADHD treatment. More research in this field is necessary; however, Brahmi can be considered in treating ADHD and its associated cognitive effects, especially given its safety profile.