[Own Your Life] Victim Mindset?!

Last week’s blog we took a look at the importance of time and how, if we don’t own it, manage it and take care of it, it can get away from us and rob us of our joy.

There is nothing more time consuming than hurtful and harmful relationships, which brings up the issue of bullying and victimization.

The good news is that we are seeing an increase in awareness about the subject bullying and victimization with Public Service Announcements –PSA’s –of famous people and wonderful organizations coming out AGAINST bullying these past several years.

It’s a good thing that we are addressing this issue, and yet, we must be willing to learn how to understand the psychology of what’s really going on.  We must engage in learning an ever advancing skill set to be effective at diffusing bully behavior while empowering all parties involved, to learn how to ask for what they want in a way that gets people more of what they want and less of what they don’t want.

In today’s blog we’re going to take a look at what it really means to be AGAINST something. 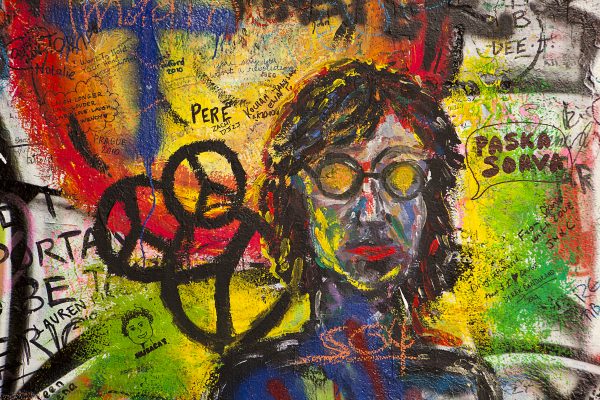 If you want peace you won’t get it with violence. – John Lennon

I’m a stickler for language and how it either inflames an already potentially volatile situation OR it soothes it. Being AGAINST is about a FIGHTING and WAR-ING mentality, which means we are making people who use bully behavior (to try to control their world) THE ENEMY!   This is the very thing we must learn how to do differently.

True story: An example of this is a high school principal who wrote me, proudly saying that there aren’t any bullies in his school, because he IS the bully (thus, teaching kids exactly how to be bigger bullies as they grow up!) His justification was that his mother was a pushover, so when he got into education he found that ALL of the successful teachers in his nationally renowned inner-city, private, low income school were authoritative, old-school, using the “black parenting style” approach. He firmly believed that this was the ONLY way to work with “these” kids.

Let’s look at this:  out bully the bully = Bigger Bully

Bully Behavior is seen by most as beyond their control, and to deal with it we must be strong enough to “out-bully the bully.” Either that, or we try to convince ourselves that we didn’t see what we just saw, and we can somehow put our heads in the sand and tell ourselves it’s not our responsibility to step up and make a much needed difference.

PERCEPTION –The  KEY to PEACEFUL INTERACTIONS

Instead of being AGAINST bullying; let’s ask ourselves what we can be FOR?

We can be FOR PEACE-MAKING SKILLS in our homes, schools and places of work.

We can be FOR CALLING OUT THE GREATNESS in every person we meet.

We can be FOR 2-WAY COMMUNICATION and hanging in there with people who see things differently than we do.  We CAN learn the skills that attitudinally, verbally and energetically create the kind of outcomes that we prefer.

There have been two significant studies I’ve found that shed light on how we come AT problematic behaviors rather than build a clear pathway to desired results and goals:

Stanford University published a study which showed measurable and dramatic acceleration in reading speed and comprehension when they RE-LABELED the Remedial Reading room to Accelerated Reading Room for the school year.

Insight:  If we think Johnny is going to be a loser, or that Suzy is going to flake out, or some kid won’t concentrate and do the work, it’s going to be exactly as predicted. Why? Because our thoughts and feelings carry “real time energy” and our beliefs cause us to act in accordance with the expected outcome. Children (and adults too) are strongly affected by the energy of expectations.

Bully behavior is no different.  We have a learned behavior that is cyclic. There’s no way out because no one is interrupting the mindset long enough to develop new skills. Even when we try to “teach them a lesson” we are energetically coming AT them with our judgment, condemnation, negative labeling and skepticism, expecting that to fix it! It hasn’t fixed hurtful behaviors yet, and this is what is known as “a clue.”

It is possible to conclude that bullying is the equivalent of a DIS-EASE, in that the learned behavior is based in unease.  It’s hard not to judge it because it’s hurtful, and yet we have compassion for a person in the hospital with a disease which is causing great emotional suffering and physical distress.

What we must make time for is learning effective skills that diffuse and transform bully behavior and victim mindsets.  The irony here is that most people who adapt to bully behavior actually see themselves as the victim. They believe this entitles them to “fight back,” “strike out” and “hurt or be hurt.”

How Mindsets Can Form 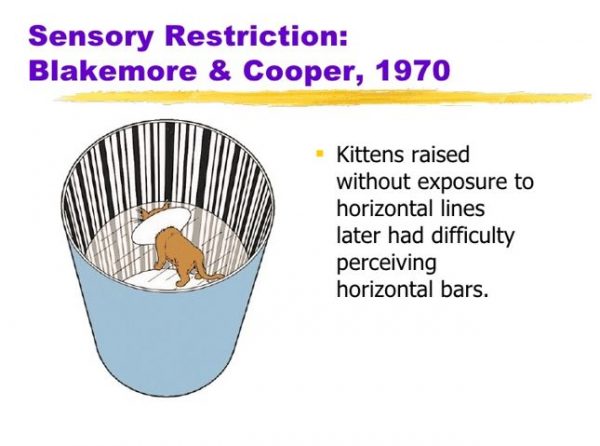 This is a very important experiment, because what it illustrates is how our sensory experiences, which is our view of the world and of our bodies, are programmed. Our initial sensory experience structures our nervous system in such a way that our subsequent perceptions just reinforce what we now hold to be true.

The expression, “seeing is believing,” physiologically speaking, is the other way around.  If you don’t have a notion for it, if you don’t have an idea that something may exist; if you don’t have a concept or a belief, then your nervous system won’t even allow what you’re looking at to get inside your mind.  There is no neurological pathway to it.  You can make one, but that requires a conscious desire, which comes in the form of a feeling and then a deliberate concentrated decision.  This decision is your effort, and it becomes the force that pushes open a new pathway.

SO WHAT DOES IT TAKE?  New knowledge, role play, practice and skill development for all parties involved.  We essentially have a Bully Mindset i.e., Horizontal World VS a Victim Mindset i.e.,Vertical World which requires an expansion of our vision, perception and understanding. Click here for my free video training series: 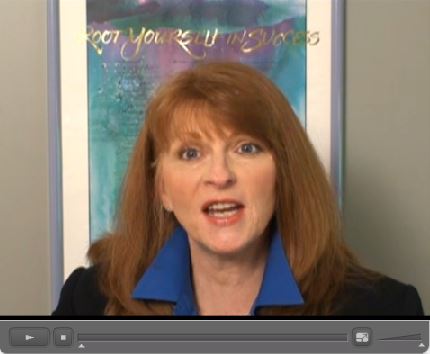 Continually telling ourselves that someone in our lives is impossible and will never change is our own cycle.  We are excusing ourselves from participating and is just back to Horizontal World VS Vertical World, when we live in a world that MUST learn to coexist and do a much better job of understanding how we participate in our own experiences with each other.

We are justifying, rationalizing, explaining, defending and debating our victim mindset, by making it all about them and not about anything that’s going on with our own self-esteem and confidence in the world.  I’m talking to the person who bullies as well as the person who is continuously finding themselves being victimized.

A good example of the “real time” energetic impact we are having on our situations comes from Dr. Irene C. Kassorla’s Go For It!!!  She shares a story a patient she had during her internship, named Charlie Blake. 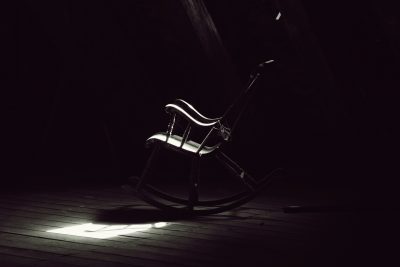 Charlie was known throughout Britain as one of the sickest men in the country because he had severe schizophrenia.  For thirty years he sat in a rocking chair, rocking back and forth while staring at the ground and muttering guttural sounds out of his throat.   Irene decided to do her doctorate thesis on positive verses negative strokes. The results were so astounding that her peers accused her of using drugs. But all she did was send positive vibes.

Beginning with the first day she began working with him she took a rocking chair in and started rocking with him in “sync,” and then she would turn her shoulders toward him, give him loving eye contact, lean toward him and start to compliment him. She’d say things like, “Charlie, I like the way you blink your eyes.” “Charlie, I like the tone in your voice, it’s very nice.”

She took her shoulders and turned away from him if he ever started into a psychotic behavior or low guttural sounds. As she turned away she would count to 10 and then she would turn back around and start praising him again. In twenty-nine days, she had Charlie Blake walking, talking and answering the majority of her questions correctly.

Now, if she can get those kind of results with someone who’s been basically dead for thirty years, imagine the results we could have with some of the people at work, and the people we love at home, if we just sent positive vibes now and again. 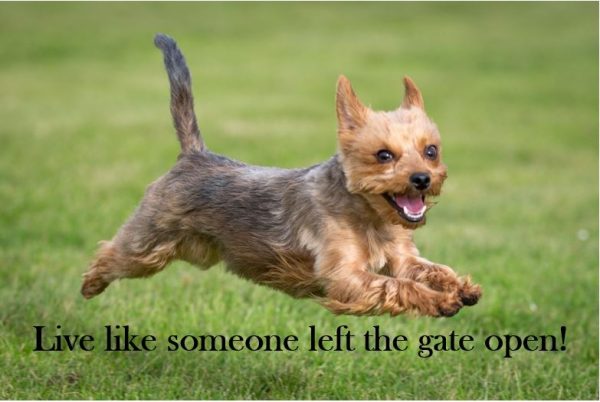 And that’s what may be different about my Victim No More UTrain Program in comparison to some of the other programs available.  Some might say I approach this subject in an unorthodox way by implementing a fluid, counter-intuitive system as a way to transform and diffuse disruptive interactions.

We need to have the presence of mind to dissolve the thinking that is currently interfering with our ability to see new solutions to problematic areas in our lives. 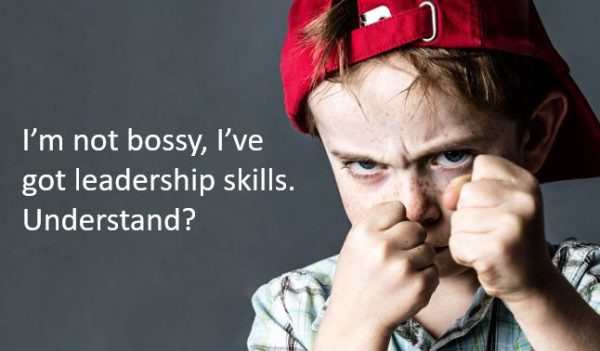 We must deliberately seek out new knowledge every day in order to build new neurological pathways so we can become open to see other possibilities in order to take own our lives when working with challenging people and situations.

Victim No More UTrain Program is all about DEFINING, TEACHABLE MOMENTs and learning how to make the most of the opportunities.  Turning challenges into WINS – getting people on the same page about what to think and what to do, simply and consistently, that will create big wins for everyone involved.

This program takes an energetically Peaceful and empowering approach to this.  I share my own life experiences as to how – specifically and deliberately – you can have a positive impact to diffuse the energy around what’s happening to get a positive outcome.

“Your material is thought-provoking and encouraging to be more vigilant in understanding about what is really going on… This was my very first public presentation like this, and I found your entire UTrain Program completely user friendly, timed perfectly to break into convenient sections to keep everyone attentive and engaged. This really saved the day.”
– Pam Swett, Principal, Lawrence High School, ME

OPTION 1: UClick&Play
Mary does the training:
Anyone can Click & Play, and have Mary deliver your training for you
1) You will be able to watch it on your computer as a webinar/slideshow or video training, 2) You can project it from your computer onto a screen for others to watch and listen and  3) You will also be able to download the audio portion to your MP3 and/or burn it on CDs to listen to in your car, at your convenience.

OPTION 2: UTRAIN®&Coach
D.I.Y. [Do It Yourself]:
In today’s world, Managers, Administrators, Principals as well as Administrative Assistants are now stepping up to do a great amount of staff training… so we’ve made it easier for You to train and coach!

The PowerPoint presentations and outline have been created for: 1) Trainers who work with groups of 10 – 100 or more, 2) Staff developers who really want to make a difference and 3) Anyone who currently spends a lot time in front of groups, or will in the future.